Junior Member
January 16 edited January 17 in Questions
Hi,
I'm trying to mount my drives in NAS542 as network drives, I've used RaiDrive for that and followed the instructions in the Youtube tutorials and in this thread https://homeforum.zyxel.com/discussion/comment/6528
However, even after setting the port forwarding on my router (port 5003), I can't seem to be able to access the drive from an outside network. I can connect just fine over WebDAV when I'm on the same local network as the NAS.

Moreover, when I was making sure that this feature is allowed in the mycloud.zyxel.com settings, whenever I trigger some settings and revisit it, it appears as if to be turned off. If I toggle it, is says that the changes were successfull on the next page, but if I come back to the UPnP settings, all the toggles (except for http) are shown as off. 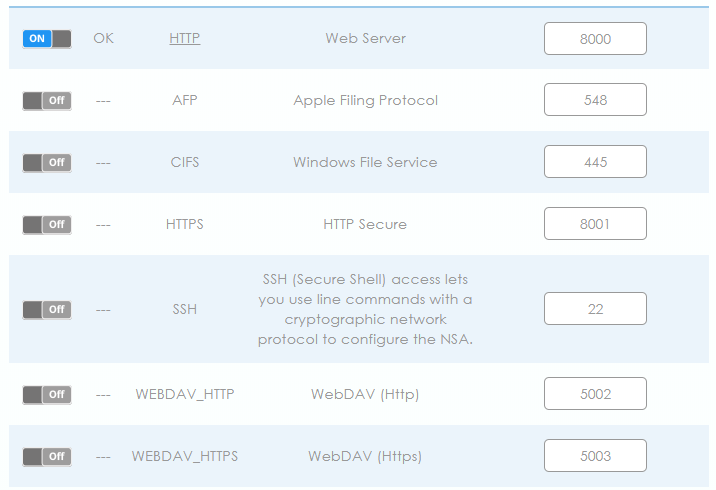 I tried reinstalling the app (my zyxel cloud agent), even reinstalling the firmware (v5.21 abag3), but the only change was that initially all the toggles reverted to off, and after the reinstall, all but http revert to the off position. Also, sometimes the port numbers change automatically and even if I confirm the change with a different port number, I can still access the NAS on LAN over WebDAV through the original port 5003.
I wanted to set the port forwarding on the NAS itself (Control Panel, Network, UPnP Port Mapping) to be sure the router isn't the culprit, but I cannot see the option to do so (I can't even see the http/https protocols). 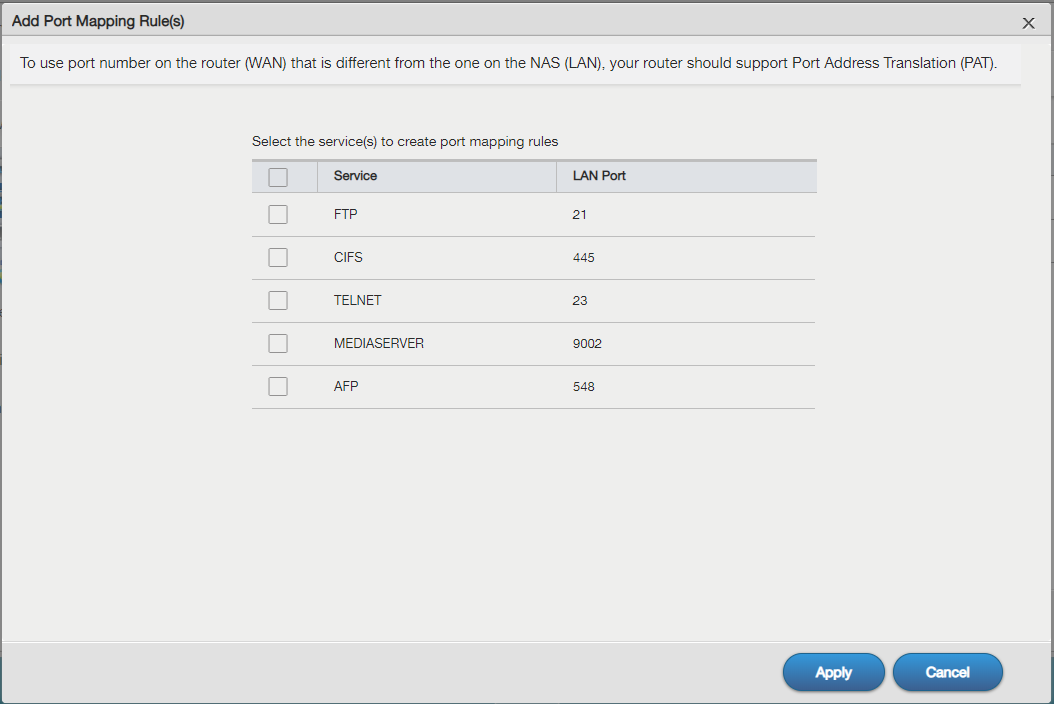 Moreover, the mapping conditions change without my intevention, on their own. At first, there was a WEBDAV condition set for ports 5003, later a STREAM condition appeared, and now WEBDAV disappeared and was substituted by HTTP (however, I can still access the drives mounted with RaiDrive via the port 5003). I have no idea what's happening here, if I toggle the mapping off or change the WAN port (eg. of the STREAM), it doesn't stick - I just confirm a dialog, it's loading for a while and then it displays the same things as there were before. 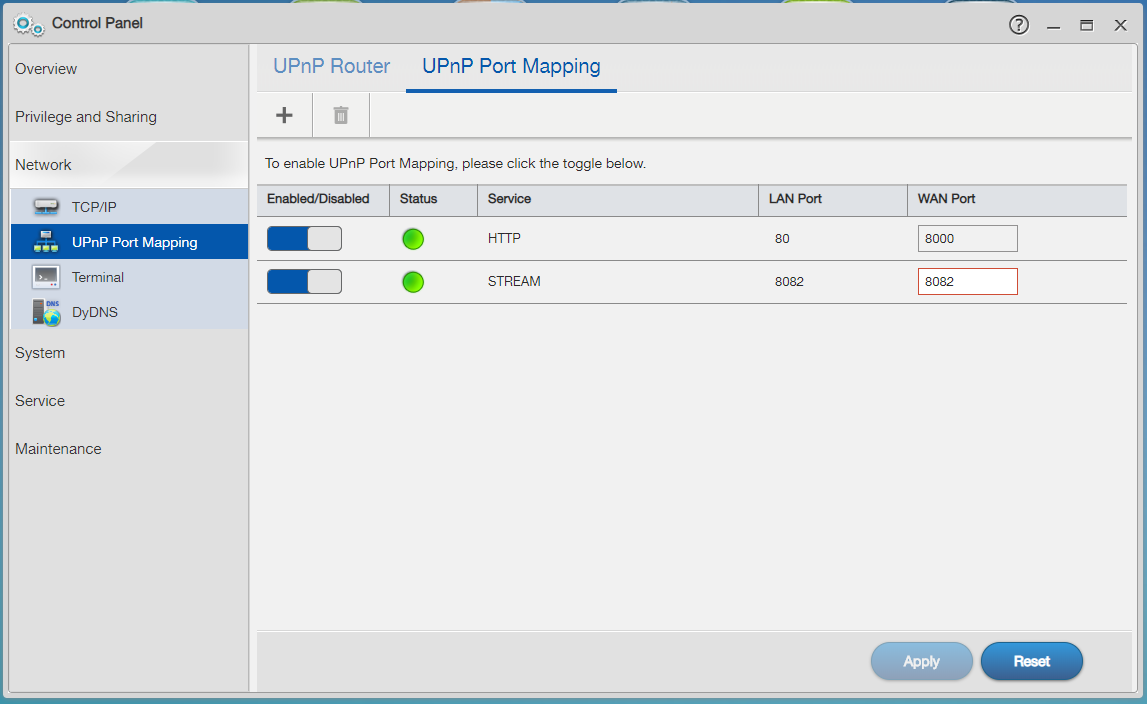 To be precise, I cannot access the nas through the DDNS setup in mycloud from anywhere (outside or inside LAN), if I type in https://[nas_name].zyxel.me:8001, I get an ERR_CONNECTION_REFUSED, if I use the port 443 instead (that's the https port shown in the NAS TCP/IP settings), it hangs for a bit and then gives a timeout error. I'm confused what ports are actually used - the Web Configurator in webinterface shows some port numbers, the mycloud settings show different numbers. So far I'm logging into the webinterface via local IP address.

EDIT: So I toggled the HTTP setting in mycloud agent and now it reverts back to off again, like all the other toggles, upon saving as on.
Also, the UPnP settings really got copied to the router settings, even though the webinterface doesn't show it: